This mini lesson will introduce you to the world of guitar effects. You can create an almost limitless number of sounds using various effects and combinations of them. These FX are normally placed in between the guitar and the amplifier in the signal chain. This is so that they can alter the sound signal and then send that altered signal to the amp.

Flange is created by combining two identical signals. One of them is slightly delayed with a continually changing delay time. This effect was popular in the psychedelic sound of the 60's.

The chorus effect creates a sound that emulates two or more guitars playing at the same time. To achieve this in an effect pedal, the sound signal is altered slightly in pitch and also very slightly delayed, then mixed back with the original sound signal. Chorus sounds great with a nice clean tone.

Phasers sound similar to the flange effect. However, they produce their sound by combining the original sound signal with one or more copies of itself, which have been altered in phase.

Tremolo is created by applying a consistent fluctuation of the volume of the original sound signal. Different tremolo effects make use of different 'volume waves', ie. a harsh on-off-on-off sound compared with a smoother fade in-fade out.

Distortion effects mimic the sound of a boosted guitar signal running through a tube amp. This causes the sound to 'clip' and distort, which creates the various distorted sounds.

Overdrive is a more subtle distorted sound. It isn't as harsh and 'heavy' as distortion effects can be.

A delay effect simply repeats the sound signal going through it. You can alter the number of repeats, the timing and the tone of those repeated sounds.

This is the same as the delay effect, except that the repeated sound is played backwards. This creates an interesting sound and is great fun with vocals!

Ping pong delay creates an effect where the sound you play gets bounced back and forth between the left and right channels.

Similar to ping pong delay, but with more control. This effect will feed the left and right sides of the stereo spectrum with different delays. They can have different delay times and lengths to produce rhythmic effects.

The wah wah pedal alters the tone of the guitar sound signal. With your heel down, you have a bassy tone and with your toe down, you have a trebly tone. The typical way to use the pedal is to rock from heel to toe, either rhythmically or expressively when soloing.

You can gain access to all of these effects and many more at the MJP teaching studio. My private one-one lessons go into much more detail than this, and are completely tailored to suit you.

Contact me to book a lesson, or take a look at some of the other topics we'll cover. 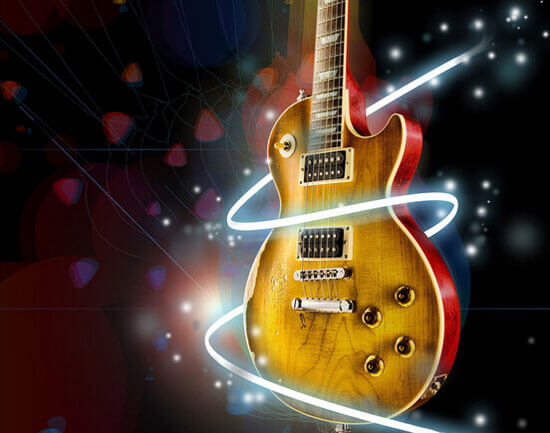 Save time and learn faster with Mike. If you are based in Leeds, then I would be happy to help you to become your best at playing guitar.

I am a professional guitar teacher based in Leeds, UK. Having taught 400+ regular students over + years, I am confident that I have the relevant experience to help you to achieve your guitar playing goals & dreams.

Give the gift of music with MJP Guitar Tuition. If you are buying lessons as a present for someone, then our gift vouchers are the ideal solution for you. Learn more...